Home » » Don't Judge Keepers Based on the World Cup

Don't Judge Keepers Based on the World Cup 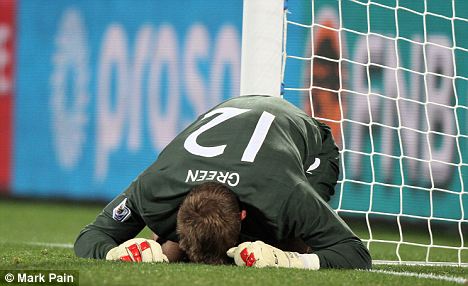 World Cups have traditionally been the favored venue for slating goalkeepers. South Africa 2010 saw the usually bevy of 'Goalkeeper Calamity' headlines, with Robert Green taking center stage, and the much-maligned adidas Jabulani ball baffling more than a few other keepers along the way. Goalkeeping catastrophes are great for clickbait and column inches, so it was slightly surprising when goalkeepers turned out to be among the most feted players of Brazil 2014. Keylor Navas of Costa Rica, Tim Howard of the USA, Rais M'Bolhi of Algeria, Guillermo Ochoa of Mexico, Claudio Bravo of Chile, and Vincent Enyeama of Nigeria all turned in Man of the Match performances, and that's before we even get to proven quantities such as Manuel Neuer and Thibault Courtois.

But playing well in a World Cup is not the same as consistently playing well at club level. There are a few reasons for this, but the most salient is that the World Cup is merely a handful of games, and a handful games is often not enough to expose a keeper's weaknesses, be they technical or mental. By the same token, the small number of games can mean that one mistake takes on disproportionate weight. If you judge Rob Green on that one error against the USA, you're ignoring the years of solid duty he's given his clubs.

If a keeper is weak on crosses, say, or poor with his feet, he may just be fortunate enough not to be tested too much in these areas in three, four, or up to seven games. Rest assured, though, over the course of a ten-month league campaign, he will. In fact, once a keeper struggles in an area of his game, opponents will go out of their way to target it. There is no hiding a weakness in the modern game.

The World Cup also tends to be played in a style that many keepers find comfortable: a slower pace (because of heat?) and less physical (fear of suspension from yellow card accumulation?). There are also games at World Cups where neither side is particularly worried about winning, such as when the top two teams in a group meet, with both already assured of advancing, or the flip side, with two teams already eliminated. 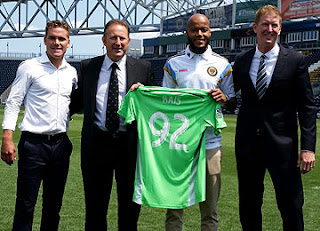 
In the US, Tim Howard enjoyed breakthrough, mainstream popularity after his 16-save performance against Belgium, but his performances for Everton the following season were below the standards he had set for himself. Memo Ochoa and Keylor Navas, meanwhile, barely played a league game between them, although Navas will now get his chance with Real Madrid, while Rais M'Bolhi signing with Philadelphia of MLS is now seen as one of the bigger disasters in the club's short history. It is easy to see how a club can be dazzled by a strong game or two in a World Cup, but apparently nobody in Philadelphia took notice that M'Bolhi, by age 28, had been at nearly a dozen clubs and had made as many as thirty appearances for none of them.

Neuer and Courtois, on the other hand, have only furthered their reputations since Brazil, and Enyeama continues to be a strong if under-appreciated performer, but their reputations are based on a large body of work across multiple competitions, in every type of weather imaginable, with titles and trophies and relegation battles on the line. League and Champions League play are where goalkeepers make their living, and they're the best place to judge them.