A couple of weeks ago, I made the single worst mistake in goal of my life. I've waiting until now to write about it, because I needed a little distance to see it for what it really was. Also, in the immediate aftermath, I dealt with it the way I've always handled mistakes: I pretended it didn't really happen.

But it did, and here's how: my team, off to a decent start in our summer season (one win, one draw), found ourselves at 2-2 in the 70th minute against a difficult opponent. I had been playing well - one or two good saves, a few crosses taken, good kicking. My frustration was growing, though, because as we tired, we began giving away silly fouls due to laziness. We gave one away to the right corner of the box, barely survived the ball that was whipped in, and then almost immediately gave away another in the same spot. This time, the guy walloped it right into the top corner, a very good shot but nonetheless one I felt maybe I should have saved. Minutes later we got caught on the counter, and suddenly it was 4-2.

Now, I'm old enough (46 in a few weeks) to know that there are more important things than winning a Gotham League B Division game, especially when it's just the third game of the season. 4-2 down with ten minutes to play isn't the worst thing that's ever happened to me. But I got angry - at my team, for giving away the needless free kick, and at the opponents, whose celebrations seemed to veer a little close to gloating - and I let it affect me in the final minutes.

With the game in injury time, one of my defenders played a ball back to me, and the player who'd scored the free kick - and who had laughed about it - came running after it. If I had been in my right mind, I'd have done the smart thing - the only thing - and cleared it first time. But because I was angry and frustrated, and had a chip on my shoulder about this particular player, I made a late and very stupid decision to try to embarrass him a little. I would shape to clear it, but take a touch away from him instead, and have a little moment of triumph as he went flying past me while I calmly switched the ball onto my other foot.

You can probably guess how this went. 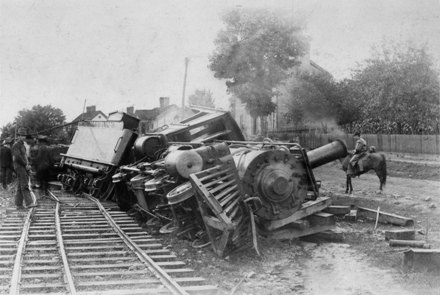 A graphical representation of my first touch


I didn't sell it as well as I thought I had, and the player changed his run at the last second, distracting me. I took my eye off the ball for an instant, and it stuck under my foot as I made to touch it away from him. He tackled it off me and rolled it into the empty net as I lay on the ground, my anger completely drained away, replaced by embarrassment. The ref blew for full time before we could restart play, thankfully, so at least I was spared having to play on after such a disastrous mistake. It didn't affect the outcome of the match, but it taught me an important lesson that I'm sure I once knew but had forgotten: don't make decisions based on emotion.

Now, when we throw absolutes like that around, there are usually exceptions. But in this case, I don't think there are. Goalkeepers have to make decisions - about positioning, coming or staying for balls, setting walls at free kicks, communication, etc - and those decisions have to be made rationally. I'm not saying you can't play with anger. Anger can lead to aggression, and that can help you plunge into a crowd to claim a loose ball, or a pluck a cross from a forest of players. But decision-making has to be a cerebral act. We have just a second or two, sometimes less, to decide our appropriate response to what the game is throwing at us, and I can't imagine a scenario whereby we would make a better decision when clouded by emotion.

This can be bad even when the emotion is a good one, like elation (your team has just scored what looks like a late winner) or euphoria (you just made a brilliant save). Goalkeepers high on elation or euphoria might throw caution to the wind and come flying out for a ball they have no chance of getting, which is as bad or worse than staying on your line for a ball that is yours.

Let's not mistake confidence for an emotion. To me, confidence is a mindset, and that's a different thing entirely. We definitely want to make our decisions from a base of confidence. Emotions are going to happen. They're going to fluctuate from very good to very bad and back again over the course of ninety minutes. Our decision-making needs to come from a sound bedrock of confidence and rational thought. When you catch yourself doing things to embarrass an opponent or impress someone in the stands, you're being selfish. Good goalkeepers, above all, are selfless. We do the job our team needs us to do. That doesn't mean we can't have fun, can't express ourselves, but we have to play for more than just ourselves. Its what we do; it's what we signed up for.
Tweet

Very good and well-thought post. As a keeper, emotions are one of the hardest things to deal with. As you said, it is easy to swing emotionally when every save is a big save and every mistake is a big mistake (though, as you said, yours wasn't game-changing).

I've often wondered whether I play better when angry or happy or embarrassed or arrogant. Unfortunately, in the moment I've never been able to note my state of mind.

You probably have it right that an even keel is the best way to play. It allows you to shake off mistakes and keep thinking rationally after a big save.

Dealing with emotions has to be the most difficult thing about being a keeper. We have too much time to brood about what happened and visualize what could happen. This gets us in trouble from time to time. I don't know a single keeper who hasn't made a mistake or two because they were mad at their defense of mad at themselves and weren't thinking clearly. All part of the mind games of being between the sticks.

That being said, wouldn't trade it for the world.

Greg and Brian, great thoughts, thanks. Nobody ever said it was easy, but that's why we do it.

I can certainly identify with this. A similar experience I had could have ended much worse, but I was lucky. During a match where my team was down a man or 2, as our defense tired, the other team began to run through us rather easily. So began a succession of breakaways, each more uncontested than the last. At one point, one of their strikers scored on a deliberately mocking back-heel, after passing around the box for what seemed like minutes. I was furious, both with them, and with my team for basically letting it happen. On the next (inevitable) breakaway, I launched myself with every intention of hurting their player. Fortunately, he nonchalantly poked it under me and hopped over me, unaware of my intentions. I don't really recognize that person in me, and it is unusual for me to lose control like that. But it does happen.

I know this comment belongs to a different article, but I just came across this on Ebay and thought of this site.

Couldn't help but feel that anger build inside my chest while reading this post. I had this exact instance happen to me three weeks ago. While it is extremely embarrassing it also teaches you to respect the game, keep your emotions in check. It is IMPOSSISIBLE to see the game clearly, direct your defense, when looking for that gratifying takedown. I feel like it has happened to us all, gotta have a short memory. Wouldn't trade my gloves for anything!

'That gratifying takedown' haha how true that is Derek!