Home » » We Have Seen the Enemy, and it is Round

We Have Seen the Enemy, and it is Round 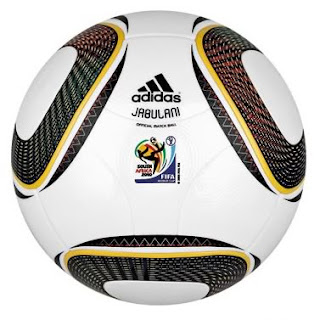 The World Cup is upon us. I'll be updating frequently during the tournament, with (hopefully) positive stories of impressive goalkeeping from countries all over the world. For now, though, the news is ominous.

Unsurprisingly, the goalkeepers hate the new ball. This has happened at every major tournament for the last decade, but this time the keepers are really complaining. The adidas Jabulani ball, says France goalkeeper Hugo Lloris, is "a disaster." Julio Cesar said it looks like "something from a grocery store." Tim Howard was more measured, saying simply, "Listen, I don't particularly like it."

Basically, everyone hates it. David James, Mark Schwarzer, Gigi Buffon - they all hate it. Even some outfield players have chimed in, complaining that the ball is unpredictable and swerves dramatically in flight. This movement will be exacerbated by the altitude of many of the sites in South Africa. Have fun, fellas!
Tweet

But the good news is that you'll be updating frequently during the Cup! I need my keeper perspective and I'm looking forward to seeing what you have to say.

Thanks Chris! I'll do my best.

The Ice Hockey playoffs can turn on a hot goalkeeper, at least for a few series with Halak for the Montreal Canadiens.

In soccer, yes, it can be very important but I don't think it is as pivotal. Not to where it is generally said, this goalkeeper is so hot, he's the whole difference with how well the team is doing.

I was impressed by Trinidad and Tobago's Hislop last time and of course, Buffon, Barthez, these guys have been real sharp, I think Burruchaga is amongst the best I've seen in the World Cup, stepping in when the Argentine first goalkeeper went out some time ago. There's a story there I'm a bit rusty on. Of course, our USA has had a number of stellar goalkeepers and Tim Howard is merely the latest one whereas we've had Friedel, Keller, Meola, I don't want to leave anyone out but I'm bound to.

Maybe Lev Yashin, Trautmann and a few others could change the whole outlook of a tournament because they were so good.

Good thoughts Tom - though as a pedant, I have to point out Bert Trautmann never played in a World Cup. Indeed, he never even played a game for Germany.

Bert Trautmann goalkept for back to back FA Cup finals for Manchester City including the famous one where he finished with a broken neck, I said nothing about the World Cup in regards to Trautmann but the FA Cup is the world's oldest tournament. Russian 'keeper Lev Yashin had this to say: 'There have only been two world-class goalkeepers. One was Lev Yashin, the other was the German boy who played in Manchester — Trautmann.' - http://www.spiritus-temporis.com/bert-trautmann/ Very respectuflly I'm not one to disagree with Yashin, if he says it there must be a reason. http://en.wikipedia.org/wiki/Bert_Trautmann Thank you very much for allowing us to post here from time to time. Good insight.