Home » » Another Book Excerpt: The Match I Played on Valium

Another Book Excerpt: The Match I Played on Valium 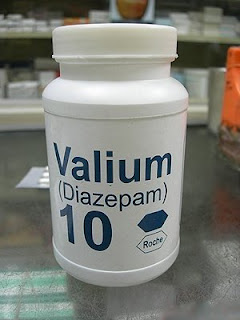 In another self-promotional post, I offer a second excerpt from Small Time, my eventually-to-be-published memoir (no timeline as of yet; probably January or February). Today, it's the story of a major pharmacological mistake I once made, back in 1995, while playing for Cocoa Expos in the U.S. Something to either learn from or laugh at, or, ideally, both.

The playoffs offer more comedy, starting with my flight to Birmingham. The original itinerary calls for the team to drive up in a pair of vans on Friday evening for the Saturday seven pm kickoff. Because of the late notice from Pat – the appeal to play came on Thursday – I insist on being flown up alone on Saturday. Colin surprisingly agrees with this, as it turns out he needs to fly up Saturday also, so he books our tickets together. Because of what has gone down already between us this season, I'm uneasy about this, but I find that away from the pressures of running the Expo Center under Mr. Sandt's ever-present gaze, he's relaxed and quite funny. Our flight is short and we join the rest of the team at the hotel before lunch.

Unfortunately, I've already made an incredible mistake. Because of the claustrophobia that has lately been rearing its head, I'm in the habit of popping a Valium before flights. Prior to today, the flights have always been the day before the game. It didn't occur to me that taking a Valium at eight in the morning would be problematic. But by the time we pile into rental vans for the drive to the stadium, I start to realize something is wrong. The prematch nerves aren't there, and worse, I feel sleepy. I already napped at the hotel for two hours after lunch, but it feels like my head is still back in my bed.

By the time we kit out and take the pitch for the warmup, I know I'm in trouble. My feet feel heavy, my legs dead, and I have no energy at all. Even after all that has happened, I do still take the games very seriously, and always go through a methodical, exacting warmup, designed to physically prepare my body for the demands of the game, while simultaneously burnishing my confidence. My warmup in Birmingham does the opposite. I can barely move. I'm going to be a liability.

The funny thing about this is that because I'm still drugged up on Valium, I'm not worried. I figure it'll all work out somehow, and coast through the rest of the warmup with what must be a dopey half-smile on my face. I catch one lucky break: there are four teams here, with the winner of both games advancing to the national semifinals the following weekend. For this first game, we've avoided the home side and drawn a team from Des Moine. I've never been happier to play in front of an empty stadium.

We lineup at midfield for the national anthem. I keep shaking out my arms and legs, trying to get blood flowing and feeling restored, but it's just not going to happen. I have a quick word with Keith and confide what's going on. He tells Dylan and Dave Mackey that I'm not feeling well and that they will have to play a bit deeper to protect me. It all smacks of disaster. Des Moines kicks off and I find it hard to follow play. Several times, as we gain control of the midfield, I notice I'm standing right on my goal line with the ball seventy yards up the pitch. It's like falling asleep while driving: I shake myself out of it, jog up to the top of the box, try to move around, but minutes later it happens again. The good news is that we're by far the better team and carry a 2-0 lead into the final minutes of the first half. Even at this modest level of play, though, you just can't walk onto a pitch doped up and get away with it. Des Moines win a corner, the ball rattles around the box, and one of them hits it from fifteen yards. It's a decent shot, low to my left, but I see it all the way and can already feel myself palming it around the post. But it doesn't happen. I'm still dropping to the ground as the ball whips past me and into the net.

Miraculously, I feel the effects of the drug begin to wane at halftime. My head starts to clear and my feet finally feel light. It doesn't make much difference, as we completely control the game and I have nothing to do in the second half. Afterward, Keith gives me a sage piece of advice: “Don't do that again.”

damn! i know i shouldn't laugh but i kinda did. you're lucky it all worked out in the end

VERY lucky! Thanks for reading.

Thanks sir for this useful information. I also would like to recommend you Buy Valium Diazepam online with paypal in USA for your all kind of anxiety disorder.

Thanks for sharing this article with us. Such a great article about valium.
more information plz visit here: https://www.tramadoldelivery.com/

Buy Diazepam Online from the best online pharmacy Way Right Meds for the treatment of Epilepsy. It is the most common neurological disorder and affects people of all ages. Click these below links to know more details.

Buy Hydrocodone Online. We provide Hydrocodone, Oxycodone, Percocet, Adderall without prescription also get discounts up to 35%. Call us +802-323-1095.
Buy medionline

We are passionate pet lovers especially dogs and cats. At ImPetLover, we cover from Pet Resources, Gifts Guide, How to, Informational and everything else about their breeds and tricks.
impetlover

Thanks for important information, we Wanna party are the best party supplier in India. We provide birthday party decorations, balloon decorations, fashion supplies etc.
Feel free to contact us anytime.

Hi there,
Thank you so much for the post you do and also I like your post, Are you looking for Diazepam online at best rates in the whole USA? We are provide diazepam,Buy Diazepam Liquid Injection,Buy Diazepam 10mg Online,Buy Diazepam 5mg Online with the well price and our services are very fast.

Topmedsreview helps you to provide information about prescription drugs that are prescribed to treat various kinds of diseases. We deliver our services in the United States, USA. To place your order as overnight delivery, you can choose your products and place them at any point in time and get it delivered the next day at your doorstep.

Norxovernight.com is your trusted drug store

It’s your own pharmacy

The right pharmacy is right here

We care for your wellbeing

Xanax has been used for decades to help treat anxiety disorders, panic disorders, and depression-related anxiety. If you are sick, tired, and want to get rid of your anxiety attacks, you should buy Xanax 2mg online from a reputable online pharmacy. Xanax, a benzodiazepine, is still available on the market as an anti-anxiety medication.

Hi There,
Thank you for sharing the knowledgeable blog with us I hope that you will post many more blog with us:-
Buy Valium pills online from a recognized and leading pharmacy without prescription. Free shipping (overnight shipping). buy drugs online today with no hassle
Email:info@flexipharmacy.com
Click here for more information:- more info

I'm very Glad to visit your informational Post.Valium is a prescription medicine used to treat symptoms of anxiety, muscle spasm, alcohol withdrawal and as a sedative before surgery or to treat seizures. Valium may be used alone or with other medications.